I have so many books I’ve collected during and after trips all over the world, books on Latin America, Kenya, India, Nepal, Tibet, Turkey and Morocco. Today, I'm browsing through some of my books on the old Hippie Trail, the overland journey from Istanbul, through Turkey, Iran, Afghanistan and Pakistan to India and Nepal.

The heyday of the hippie trail was the 1960s and 70s, before war, revolution and politics made the middle section of the overland journey difficult. It has opened up somewhat in the past couple decades. I missed the heyday: my pair of two-month trips to India, Nepal, and Tibet were in 1998 and 2000, and my visit to Istanbul in 2008. 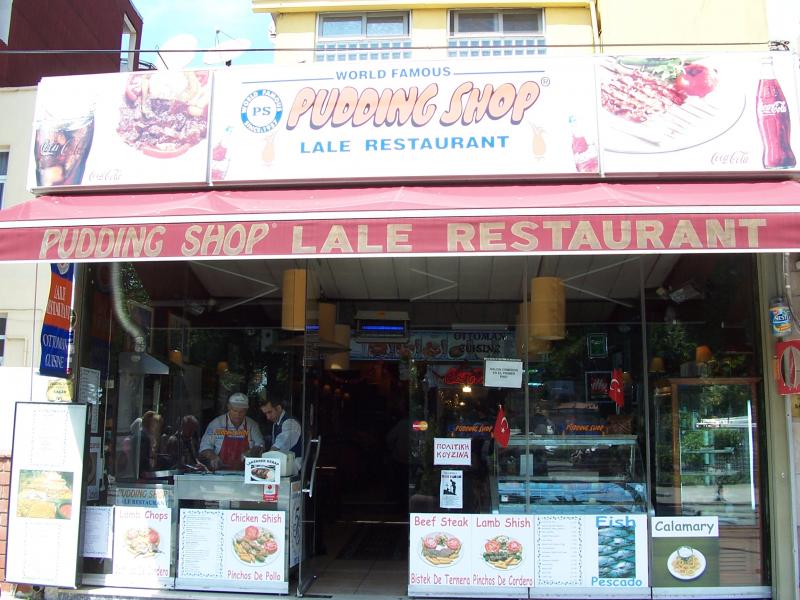 There are plenty of books about the hippie trail, and I’ve read a few. In Rory MacLean’s Magic Bus: On the Hippie Trail From Istanbul to India, the author revisits the trail forty years later to see what remains. A scene in Afghanistan encapsulates the vibe as a bus to Herat picks him up in the middle of nowhere:

On impulse, I sweep a strip of grit off its mottled surface. I see the crude ”Flying Muslim Coach” logo has been painted over flaking portraits of sultry beauties, their faces scratched out years earlier by Taliban fanatics. I brush away another coat of dirt and discover Russian words beneath the portraits, faded reminders of the Soviet occupation. With both arms, I rub again, pushing back another decade, reaching deeper into the collage and discovering that the Cyrillic characters themselves efface psychedelic, Day-Glo peace symbols.

The bus driver, thrilled to have his bus honored by the presence of a too-rare tourist, ejects the Afghan pop music cassette that is blaring, digs deep into a box and pops in a cassette of The Who. “Music for you! For you!”

There’s a touch of melancholy revisiting such a touchstone era decades later. The Pudding Shop in the Sultanahmet neighborhood of Istanbul, pictured above from my visit in 2008, is today an unexceptional eatery that plays on its romantic past to draw in the tourist trade. But back in the day, it was the start of the adventure, the place where hippies met to exchange information and arrange transportation to the East. The far end of the Trail, Freak Street in Kathmandu, Nepal, had a similar feel in 2000. Back in the day, it had been the center of activity. Today, the main tourist district has moved to the Thamel neighborhood, about a mile to the north, while Freak Street is quiet, just a handful of Day-Glo postered cafes weakly conjuring up the past for those who long for it.

MacLean is mostly generous in his take on the flood of idealistic Western seekers pouring into the traditional cultures of the East. He relates a conversation with a man in Istanbul:

“To us, hippies were the fireworks of freedom. They were...exotic.”

“As you would have been to them.”

“Every night I went to Sultanahmet to meet them.”

“To practice your English?” I ask.

“To see what they were reading,” he says, surprising me, lighting up another Marlboro. “Ginsberg, for example, who had the courage to put up his head and insult the American system….”

“I didn’t know Turks had even heard of the Beats,” I say with sharp delight.

“Their liberal values were innocent,” he tells me, “and they spread in a soft way throughout Turkish society. Our women began to feel they had the freedom to act as they wished. Young villagers re-evaluated their culture because of hippies’ love of native clothing. They showed that there was a way of finding peaceful solutions to problems. They helped us to see that the world belongs to the people: wherever you put your feet is your home.”

“Many of them were stoned out of their heads.”

“But all of them had flowers in their hair. Philosophical flowers,” he nods, lifting his hands as he talks, as if balancing ideas. “And their greatest effect was after their journey….Europe used to be just one color: white. It used to have one religion: Christianity. The West believed that world history began with Greece and Rome. As you say, the hippies were curious for different cultures….Their travels made Europe aware of color, of our common heritage. In a way, humanity was reborn….For me, it was because of the hippies—not Silk Road traders or colonists—that most Westerners discovered the East.”

Indian journalist Gita Mehta had a more jaundiced view in her 1979 book Karma Cola. It’s filled with anecdotes, ranging from amusing to appalling, about the naive and reckless seekers of bliss who came to India. Though in the end, she has a view of the interchange of cultures that perhaps is not so different from MacLean’s as you would think.

Jung had the good sense to be cautious about India. He said he had met many Occidentals in his travels through the subcontinent who thought they were living in India. Jung maintained that they were in fact living in bottles of Western air, protected from India by objectivity, causality, and all the other intellectual apparatus of the West. He went on to say, “It is quite possible that India is the real world and that the white man lives in a madhouse of abstractions” Emphasizing that without those abstractions the white man would disintegrate in India.

Jung got it right except for one omission. The Indian is no better at handling reality than anyone else, but we live closer to it so we have to take more elaborate evasive action.

For her, as India increasingly embraced Western economics of the digital age, and Westerners sought enlightenment, “it is possible that in the not too distant future if the Indian wants to learn about India he will have to consult the West, and if the West wants to remember how they were, they will have to come to us.”  Hasn’t quite gone that far, in my opinion.

David Tomoroy’s A Season in Heaven: True Tales From the Road to Kathmandu collects stories from 37 of the travelers. One puts the era in perspective: “you either stayed home and got into politics, the French Revolution of 1968, the Vietnam demonstrations, Red Rudi Dutschke in Berlin, or you went East. A lot of people stayed for the politics, got disillusioned and then  went East, because things hadn’t changed overnight as expected.”  Rory MacLean makes the similar case in his book: ”The overland travelers were baby boomers, turning 19 or 20, questioning and rebelling like the world itself. They came of age during a period of political and social revolution, in parallel with the space race, in step with the vanishing of borders by Boeing and of pregnancy by the pill.”

Well, like so much with Boomers (and speaking as a Boomer myself,) the generation thinks it invented everything. But of course it didn’t. Certainly Westerners were wending their way along the Trail to India going back centuries, though more in the pursuit of commerce, conquest and colonialism. Jeffrey Paine’s Father India: Westerners Under the Spell of an Ancient Culture takes the longer view of the 20th Century pre-Hippie Trail, recounting the stories of pre-1960s seekers. (Interestingly, his later book, Re-enchantment: Tibetan Buddhism Comes to the West, does focus on the 1960s and on, as the Tibetan diaspora found a hungry audience in the West.)

Annie Besant was a British socialist and women's rights activist in the latter part of the 19th Century. Late in the century, she became a bit sidetracked by an interest in theosophy, which led her to India in 1898. The country rekindled her political ideals, and she became an ardent campaigner for Indian democracy. E. M. Forster and Christopher Isherwood, living in dread of persecution against homosexuals, sought answers on the subcontinent. Carl Jung, in his sixties and not in the best of health, headed to India in the 1930s. Martin Luther King Jr. visited with his wife Coretta for five weeks in 1959, seeking some understanding of the caste system and some Gandhian inspiration on nonviolence. Gandhi himself, when asked about the compulsion among Westerners to seek answers in India, felt that the contemporary West had lost its soul and were on a mission to retrieve it. (He also is famously quoted as saying, when asked what he thought of Western Civilization, “I think it would be a good idea.”)

Magic Bus is cheery and nostalgic for the most part, as he meets people in Iran, Afghanistan, Pakistan, India and Nepal and hears their stories both good and bad of those days and the changes they created in self and in society. He meets aging travelers who all these decades later are still on the road. He meets people who have returned to the Trail. A Season in Heaven is similar: the tales told by the interviewees are filled with love, even for the times they were deathly ill or being harassed by police.

When Magic Bus came out in the U.K in 2006, and by the time it was published in the U.S. a couple years later, MacClean had been so inundated with correspondence from former Hippie Trail travelers that he created a website for their reminiscences. There’s a Facebook group as well, that people post to on a nearly daily basis. The romance clearly continues to exert a strong pull. I can say that the lure of the open road, of extended sojourns in foreign places, remains a tremendous lure to myself as well.